on January 22, 2012
First reaction: Wow.  Patriots had no business winning this game. This was a Rodney Harrison/Ty Law/Tedy Bruschi/Richard Seymour Patriots win vintage 2001/2003/2004.  The Patriots could not make any big plays on offense but moved the ball.  The defense kept them in the game and made just enough plays to eke out a win where fortune fell their way.

The defense came out strong with three big three and outs. At that point, if the offense had been sharp, the game would have been over. Credit the Raven's defense, they slowed down the Patriots offense.  Brady made plays, but the big play was never there for the offense.  They Patriots were forced to fight for first downs and struggle down the field.  Once in the red zone, the Patriots wound up kicking too many field goals early.

The Ravens made some big plays down the field against the Patriots defense, but no team was able to pull away from the other.  Joe Flacco made some plays, but looked extremely uncomfortable under pressure.  Often times he had receivers open down field and didn't get the ball there, as the slightest contact by a defender made him throw the ball away.

The officials made it clear that there were going to be no ticky-tack calls during the game, letting defenders from both teams make contact down field.  Ben-Jarvis Green-Ellis had to have his helmet ripped off to get a face mask penalty.  One Patriots drive in the first half was extended with an illegal contact call that resulted in Wes Welker making an adjustment and missing the ball which was intercepted.  Had the ball fallen incomplete, I'm not sure a flag would have flown.

Tom Brady had two poor throws, and as good defenses do, the Ravens made him pay each time by making athletic interceptions and keeping the Ravens in the game.  The second interception was particularly egregious as Brady lobbed the ball up in the middle of the field for Matthew Slater immediately after a potentially momentum changing pick by Brandon Spikes.  A controlled, patient, time-consuming drive down the field featuring the hard-charging running of Ben-Jarvis Green-Ellis could have broken the backs of the Ravens. 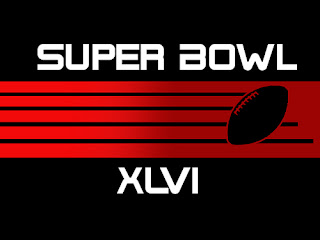 Also, trying to drive and run down the clock, I was very confused by the second down call before the two-minute warning where Bill O'Brien called a toss sweep to Ben-Jarvis Green-Ellis on second and three.  Green-Ellis had been a beast running between the tackles all game.  Deviating at that point made no sense. A toss sweep to a shifty back like Danny Woodhead would have made more sense than giving it to Green-Ellis. The third down call to Aaron Hernandez was a fine call, a first down being more important than running the clock down a few seconds.  It should have worked but, again, the Ravens defense played it well.

The Ravens have the whole off-season to kick themselves after that final drive.  Let me point out that Bill Belichick did not "ice" the Ravens kicker Billy Cundiff or make the ridiculous move that some coaches make of running onto the field and calling a timeout a split second before the ball is hiked. The Ravens still had a timeout and chose not to take it.  I thought they looked rushed getting out on the field to get ready for the field goal even though there was no doubt they had to kick the potential game-tying field goal.at that point.

Billy Cundiff had no excuse for missing the kick,  The snap was fine. The punter handled it clean, got the ball down, and had the laces out.  Cundiff rushed and hooked it bad.  A bad kick by a Pro Bowl kicker.  Ouch. Cundiff  missed bad. The ball was on the right hash mark and he hooked it past the left upright and missed the net behind the goal posts by a good margin. A painful loss for the Ravens, as the opportunities were there.

Make no doubt, the Patriots need to play a lot better in two weeks to win that elusive fourth title. 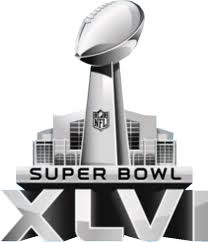