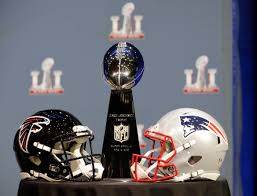 The New England Patriots will win or lose in Super Bowl 51 against the Atlanta Falcons based on whether they can win the individual matchups on both sides of the ball. Whether the New England secondary can control Julio Jones from making big plays, if the Patriots quartet of pass rushers can disrupt quarterback Matt Ryan, whether Atlanta's edge rushers can create pressure, if Julian Edelman and Chris Hogan can expose the inexperienced Atlanta secondary, and more will determine who is hoisting the Lombardi Trophy on Sunday night.