Each week the game comes down to the match-ups. Hal Bent delivers the top 5 match-ups that will determine which team emerges victorious in Sunday's AFC Championship Game between the Jacksonville Jaguars and the New England Patriots. 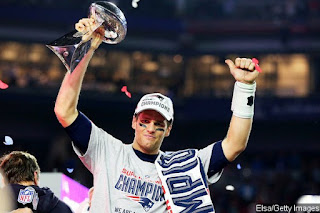 Get ready for the New England Patriots' AFC Championship game with the fiesty Jacksonville Jaguars--fresh off their shocking 45-42 win over the favored Pittsburgh Steelers in the AFC Divisional Playoff round--who are looking to play spoiler in the AFC. The Jaguars would like nothing better than to go on the road and "shock the world" and try to knock the defending Super Bowl champions out of  returning to play in Super Bowl 52.

Whether in the trenches, the skill positions, the underrated defender or big-play player, each week the game comes down to the match-ups. These are the top 5 match-ups that will determine whether the Patriots or Jaguars emerge victorious in the AFC Championship game and advance to Super Bowl 52: https://fullpresscoverage.com/2018/01/20/8424/