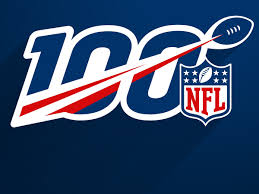 Me:
-Regardless of how the Steelers season ends, give Mike Tomlin Coach of the Year honors!!!!

Hal: Could we be headed for a Super Bowl XLVII rematch in February?

-The Broncos should put Von Miller and his MCL sprain on ice for the remainder of the season
-Tom Brady only has at MOST three years remaining in his illustrious NFL career
-If the Tennessee Titans make it to the playoffs, they’ll be the team NOBODY wants to face
-The Seahawks and 49ers are not only on a collision course to likely decide who wins the division in Week 17, but on a collision course to meet a third time in the playoffs as well!
-After Sunday’s loss to the Duck Hodges-led Steelers. Freddie Kitchens is back on the hot seat in Cleveland and a top candidate to be fired at season’s end
-Baylor head coach Matt Rhule should be the number one candidate for all NFL teams with a head coaching vacancy