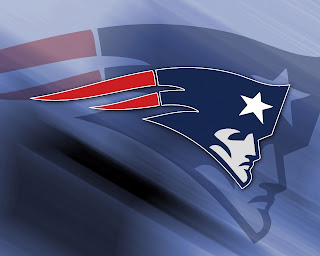 The New England Patriots face a tough match-up against the Pittsburgh Steelers on Sunday afternoon against the Pittsburgh Steelers.  Pittsburgh, who are 2-5 and desperate for a win, come in having won two of three games after an 0-4 start. The Patriots are coming off an inconsistent performance against the Dolphins where they trailed 17-3 at halftime before coming back to play one of their better halves of football and outscore Miami 24-0. With New England going into a bye week, the Patriots are in position to cap off a strong start to the season and get ready for the home stretch to the playoffs.

The Patriots have been inconsistent on offense and defense this season.  Injuries have ravaged both sides of the ball with top defensive tackles Vince Wilfork and Tommy Kelly (both out for the season), linebacker Jerod Mayo (out for the season), and cornerback Aqib Talib.  On offense, third down/passing running back Shane Vereen went out early in the season as did free agent wide receiver Danny Amendola after both starred in the opening season win against Buffalo. Of course, tight end Rob Gronkowski is just now returning to full strength after missing almost the first half of the season.

This week against Pittsburgh has all the makings of a “trap game”” Pittsburgh has a lot of talent on both sides of the ball that has underachieved; the offense can be explosive, especially through the air; the Patriots are a week away from a much needed bye week; and the Patriots were a no-show against Miami in the first half and came back to win despite playing thirty minutes of terrible football.  Here are three hidden keys that will play a major role in determining the outcome of Sunday’s game: CLICK HERE FOR MUCH MORE: http://musketfire.com/2013/11/03/new-england-patriots-three-hidden-keys-victory-sunday-vs-steelers/
featured writing MusketFire New England Patriots NFL Game Preview patriots Pittsburgh Steelers Sebastian Vollmer Tom Brady

Random Thoughts Bouncing Around My Head

What has been rambling around my mind recently? Check it out: Anyone caught up in Matsuzaka Mania and is interested in getting a peek into Japanese baseball culture should check out the piece Live From Akita City on baseballprospectus.com by Mike Plugh. Good overview history of the sport in Japan, the respect for the game they have and instill in their players from youth on, and the importance of culture on the game. It is the first part of what is hopefully a season-long regular contribution. I eagerly anticipate following this through-out the season. * * * Anyone looking for an addictive, but simple to play, computer sports game should check out Baseball Manager or Football Manager by the sportsmogul group ( http://www.sportsmogul.com ). The games are inexpensive, and they basically let you GM a team and simulate the seasons. You can even play online. No, they do not advertise here or give me a kickback (though they should!). I love the games, play them waaaaaaaaaaaaaaaaaa